Q&A on the Ancient Origins of the Transcendental Meditation Technique

An Interview with Thomas Egenes, PhD 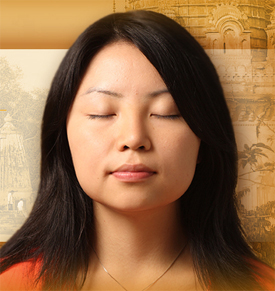 Perhaps you’ve been practicing the Transcendental Meditation technique for several months and have enjoyed greater happiness and calm in your life. Now you want to know more about its origins and what distinguishes it from other practices. Recently Enlightenment asked Dr. Thomas Egenes, an associate professor at Maharishi University of Management and a Certified Teacher of the Transcendental Meditation technique, to answer your questions.

Q: Where does TM come from?

Dr. Egenes: The Transcendental Meditation technique comes from India, from a deep, profound source called the Vedic tradition, which is thousands of years old. The word “Veda” means knowledge. The Vedic tradition is widely recognized as the oldest living tradition of knowledge on earth, maintained continuously and passed down from teacher to student. It is a broad-based tradition of knowledge encompassing a wide diversity of areas. Just to name a few, it is the origin of Yoga, Ayurveda (healthcare), Vastu (Vedic architecture), and Gandharva Veda (music).

To maintain this age-old tradition, four seats of knowledge were established in India by the great Vedic scholar, Shankara, thousands of years ago. Maharishi is part of this ancient heritage, having studied with the leading custodian of Vedic wisdom (Shankaracharya) from the northern seat of knowledge. Maharishi first brought this knowledge to the West in 1959 when he started his first of several world tours teaching the Transcendental Meditation technique.

Q: Since Transcendental Meditation and the knowledge of transcending was contained in this original expression of knowledge—the Vedas—does that mean it is connected to a religion such as Buddhism or Hinduism? 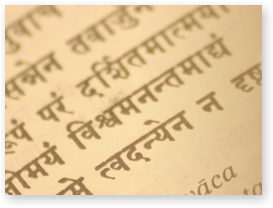 The ancient wisdom of transcending through the TM technique can be validated in three ways: through personal experience, through modern scientific research, and through the ancient texts, which have been passed on since time immemorial.

Dr. Egenes: Actually, the Vedas predate these religions. The rich, profound knowledge contained in the Vedic literature has been drawn upon for inspiration by literally hundreds of schools, religions, and philosophers on every continent throughout history. Today, people from all religions and cultures around the world practice the TM technique to experience inner peace and happiness, whether they are Christians, Jews, Muslims, Buddhists, Hindus, agnostics, or aetheists.

This ancient wisdom of transcending through the Transcendental Meditation technique can be validated in three ways: through personal experience, through modern scientific research, and through the ancient texts, which have been passed on since time immemorial.

Q: What are some personal experiences of transcending?

Dr. Egenes: You may notice when you sit to meditate that your breath becomes softer, or there may be a brief period of time when there are no thoughts and also no mantra. You know you are awake, because if someone walked into the room, you would hear it. However, you may experience that you are awake toawareness itself, without thoughts. Or you may notice that your mind and body are completely settled. As one person described it, “During the practice of the Transcendental Meditation technique, the silence became very deep, and I experienced a vast sea of peace within.”

After meditating, you may find that you are spontaneously happier and healthier, and life is more fulfilling. Millions of people have reported similar experiences—that after meditation their mind is more calm, their body healthier, their emotions more positive, and behavior more harmonious since starting the TM technique.

Q: How is this subtle experience of transcending validated by scientific research?

Dr. Egenes: When Maharishi introduced TM to the West, long before anyone had conceived of a mind-body connection, he encouraged researchers to study the effects of meditation on mind and body. Maharishi predicted that measures such as EEG, heart rate, and breath rate during meditation would be distinctly different from measures taken during the well-known states of waking, sleeping, and dreaming states of consciousness. In fact, he predicted that the mental technique of TM produced the experience of a completely distinct fourth state of consciousness.

The first physiological study on the TM technique was conducted at UCLA by Dr. Keith Wallace and published inScientific American and other journals in 1972. By studying EEG, breath rate, and heart rate of subjects while they practiced the TM technique, Dr. Wallace found physiological evidence of this fourth state of consciousness, which could also be called a state of “restful alertness”—“restful,” because the physiology is in a deep state of rest, and “alertness,” because the mind is wide awake. 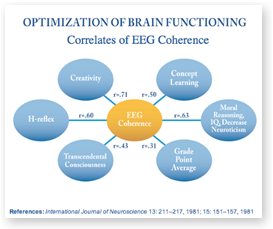 This groundbreaking research by Dr. Wallace, and subsequent research on increased EEG coherence (orderliness) of brain activity, shows us how the fourth state of consciousness experienced during the TM technique is a unique state of consciousness, as evidenced by Alpha1 waves observed throughout the brain during Transcendental Meditation, with the highest concentration in the pre-frontal cortex. The brain waves become synchronous, which means that the brain is more coherent and integrated, with the different parts working together like a symphony orchestra. This results in better memory, increased creativity, increased intelligence, and emotional stability as shown by research.

In subsequent research sponsored by the National Institutes of Health and top research universities, we’ve seen that the practice of the TM technique results in decreased anxiety, decreased cortisol (the stress hormone), decreased blood pressure, decreased insulin resistance, decreased insomnia, and a lower risk of heart attack and stroke. At the same time, research shows an increase in happiness, well-being, productivity, efficiency, and success.

Q: Can you explain how transcending is validated by the ancient Vedic texts?

Dr. Egenes: The literature from the Vedic tradition, called Vedic literature, is a vast body of knowledge. Here are examples from three ancient texts that Maharishi often quoted in his lectures.

From the Yoga Sutras: “Yoga is the complete settling of the activity of the mind.” This key phrase is perhaps the classic definition of Yoga, or union. While physical stretching (as taught in yoga classes in the US) is a part of the practice of yoga, in the Vedic tradition, the actual state of Yoga is defined as the complete settling of the mind. For many Western scholars, this state appears mystical or elusive, but for those practicing TM, it is a daily, personal experience and, as we have seen, has been reported in widely published research studies as well. In the literature on Yoga, this state is referred to as Samadhi, a state of pure awareness, or Transcendental Consciousness. It is pure wakefulness, devoid of any content such as thoughts, feelings, or perceptions.

The Bhagavad-Gita, also considered to be a text of Yoga, has many passages that describe how the mind settles during meditation. The verse “. . . having established the mind in the Self, let him not think at all,” describes how the mind becomes established in the Self, or pure awareness. This is awareness, but not awareness with an object of attention. Rather, it is awareness aware of itself. In this state, the person meditating has gone beyond thinking. There are no thoughts, no mantra, and no other object of attention. The mind is in a simple, settled state, calmly aware of awareness itself. In this state, the Bhagavad-Gita describes a person as being “freed from duality, ever firm in purity, independent of possessions, possessed of the Self.” 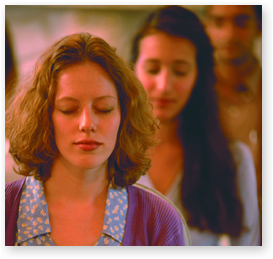 While physical stretching (as taught in yoga classes in the US) is a part of the practice of yoga, in the Vedic tradition, the actual state of Yoga is defined as the complete settling of the mind. For many Western scholars, this state appears mystical or elusive, but for those practicing TM, it is a daily, personal experience and, as we have seen, has been reported in widely published research
studies as well

It’s important to note that the experience of the fourth state of consciousness happens innocently during meditation, often without us even noticing it. It’s not a matter of trying to be calm, or trying to feel relaxed. This is one of the major differences between TM and other techniques—there is no conscious effort required because the natural tendency of the mind is to transcend. Without effort, you experience a deep state of pure consciousness during meditation and naturally enjoy its many benefits throughout the day. Effortlessness in meditation and spontaneity of benefits are two of the key principles of Transcendental Meditation.

Q: Does the Vedic literature discuss benefits experienced outside of meditation?

Dr. Egenes: The Vedic literature gives ample knowledge about the benefits of experiencing the fourth state of consciousness. For example, the Bhagavad-Gita states, “Supreme happiness comes to the yogi whose mind is deep in peace.” And it makes the point: “Even here, in this life, the universe is conquered by those whose mind is established in equanimity.”

This brings up a theme that is found throughout the Vedic literature—the fulfillment of desire is a natural consequence of knowing the Self. It has been everyone’s experience that when we are anxious or fearful, it becomes more difficult to achieve what we want to achieve. Maharishi has been very clear about this—when one has the ability to desire from the Self, from the settled state of the mind, then the desire easily finds fulfillment. In his commentary on the Bhagavad-Gita, Maharishi says: “It brings a realized man to a state where, by virtue of a high development of mental strength and harmony with the laws of nature, he finds that his thoughts naturally become fulfilled without much effort on his part.”

The Upanishads place great importance on the experience of inner happiness and inner peace, because as meditators around the world have experienced, the calmness of mind experienced during meditation carries over into activity. Even from the first days of learning to meditate, people report that they feel calmer, more relaxed, and less stressed. This was described in the Chhandogya Upanishad, which says, “Established in the Self, one overcomes sorrows and suffering.”

The Upanishads eloquently express how desires are fulfilled by contact with one’s own Self:

Whatever world a man of purified nature sees clearly
in his mind, and whatever desires he desires,
that world and those desires he wins.

Q: What about regularity? Do the Vedic texts discuss the value of experiencing this fourth state of consciousness on a daily basis?

Dr. Egenes: Yes. They are very clear about this point. The daily experience of pure awareness, or Yoga, is emphasized in the literature. For example, the Yoga Sutras say, “Yoga becomes an established state when it has been respectfully and uninterruptedly cultivated for a long time.”

All of the benefits described in the Vedic literature and confirmed by modern scientific research result from regularity of practice. And the rewards are great.

Oprah Winfrey recently stated that at 9:00 a.m. and 4:30 p.m. her entire company, Harpo Studios, sits down to meditate because, as she described it, being still, coming back to the center, is more important than whatever work her staff is doing. “TM teachers have taught everyone in my company who wanted to learn how to meditate,” she said. “The results have been awesome: better sleep, improved relationships with spouses, children, coworkers. Some people who once suffered migraines don’t anymore. Greater productivity and creativity all around.”

Thomas Egenes, PhD, is an associate professor of Maharishi Vedic Science at Maharishi University of Management and author of seven books, including The Upanishads: A New Translation, co-authored with Dr. Vernon Katz, Tarcher/Penguin, 2015.

This interview originally appeared in Issue #24 of  Enlightenment Magazine,